After more than a decade, Google is moving away from free use of its services to paid, beginning with small businesses, and the response is… well, not great.

In January, Google announced that customized email services and other workplace apps which had been free for over a decade, were quickly coming to an end.

Needless to say… business owners quickly responded that they feel “slapped in the face with this broken promise,” one that was made long ago by one of the world’s largest, cash heavy tech companies.

As of June 27, 2002, longtime users of the G Suite legacy free edition will be forced to pay a monthly charge for each business email address. This G Suite edition also includes apps like Docs and Calendar, and the initial charge is said to be roughly $6 an email address.

Businesses who do not voluntarily switch to a paid service by this date will be automatically moved to one.  As of August 1, all unpaid account will be suspended.

For those using the G Suite legacy free edition for non-commercial purposes, you can opt out of the transition to Google Workspace (requires a super administrator account) or going to the Google Admin console. You can continue using your custom domain(s) with Gmail, retain access to no-cost Google services such as Google Drive and Google Meet, and keep your purchases and data.

Users who don’t take any action will have their account suspended also starting on August 1, 2022. To reactivate your account, you will either need to upgrade to Google Workspace or opt out of the transition for non-commercial use.

Strong Reaction to the “Annoyance” of Google Squeezing the Little Guys “Strong-armed Tactics,” “Needlessly Petty,” and even “Predatory” top the list of common reactions when talking about this change, one made long after getting small businesses hooked on their seemingly infinite free services.

To date Google has made no mention as to why they have targeted small businesses, or what these fees would be used for or why this is necessary.  The initial deadline of May 1, 2022 was delayed after a number of longtime users voiced their outrage, not only about the fees, but the awkward way that Google has dealt with the announcement.  They also noted that when searching for more information to make a decision about using (or losing) said Google services, that customer support is now even harder than normal to reach, leaving them in fearful limbo as they try to understand the full impact on their businesses.

Users say they can’t help but feel it’s needlessly petty, as the giant tech company has announced billions of dollars in profits yet continue to squeeze the little guys who were among the first to ever use these Googles services and were instrumental in the large market share that resulted.

Users point to the fact this is another example of how the tech giant continues to search for way to extract revenue out of existing businesses and is similar to their adding more paid search advertisers to each page, as well as cramming more advertising and “mandatory watch times” into YouTube videos.  They note that Google has even aggressively pushed their way into software subscription sales to compete with Microsoft, whose Word, Excel, and other programs continue to dominate the market.

With the said deadline looming, business owners have much criticism about the communications of these changes as being confusing and even indecisive.  The deadline itself has been called unrealistic regarding having time to find alternative services, while Google flip-flops on deciding if they really want to kick users off in the first place.

Google has responded saying that any free services do not come with customer support and have provided many way to get in touch with the company for help in transitioning.

It is important to note that Google’s parent company, Alphabet, is far from a languishing company in need of help.  During Q1 of 2022, the company generated $68 billion. For many companies, this is beyond anything they could ever accomplish.

This was actually a 23% increase from the same time last year. However, it is also the first time since 2020 that Alphabet has reported a year-over-year revenue gain of less than 30%. This is not the only way that Alphabet is trying to extract more money from users, all of which is simply likely to be an attempt to get above 30% again.

No Love for the Small Businesses who made them successful in the first place? Gmail launched in 2004, followed by Docs and Sheets roughly two years later.  At the time, Google was eager for small businesses, tech startups and mom-and-pop stores to adopt its work software and offered everything at no cost, even letting companies bring custom domains that matched their business names into Gmail.

While it was still testing these apps and services, Google even told business owners that these products would be “FREE FOR LIFE.” (see Press Release dated Aug. 28, 2006)

Even so, Google points to the fine print, saying from the beginning that terms for software and services could be suspended or terminated anytime in the future.  The company did stop taking new, free signups in 2012 but continued to support accounts of G Suite Legacy Free Edition.

In 2020, when Google rebranded from G Suite to Google Workspace, the company admitted that the overwhelming majority of users (more than three billion) used a free version of Workspace, while the minority, roughly seven million organizations, were paying for versions with additional tools and customer support.

Forced Changes to Services Come at a Really Bad Time

These forced upgrades come at a very bad time, according to small business owners who say the Coronavirus has been devastating on their business, and from April 2020 to March 2021 have reported revenues equal to half what they were before the epidemic.  Sales dropped 20 percent over the next year before showing signs of picking back up in recent months.

This comes at a time when fears about impending recessions have hit an all-time high. Small businesses are also being squeezed by inflation and societal changes surrounding the work culture in the US.  Because of this, it’s not surprising critics say it seems cruel of Google to try and slap small business owners with yet another expense, as well as delivering it with lot of confusion and stress surrounding the change.

As business owners are still focused on recovering from the pandemic, they say the last thing they want to do is start changing any longstanding services, especially without knowing what the future holds or the effects on their infrastructure.

While many say these fees aren’t necessarily high or terrible, the problem is the hassle involved in figuring out whether to keep Google, or transition to Microsoft Outlook, Apple iCloud or secondary services like ProtonMail.

One solution that’s quickly gaining momentum, is the transition to Microsoft Teams.  While not free, users get access to everything with no hidden fees.  As most small businesses have licenses for Office 365 and Teams, this is more about reallocating existing resources than it is changing services.

“The curious part is WHO Google has decided to extract additional revenue from,” said Demetrius Cassidy, President of In the Cloud Tech.  “If you are going to pay, this is a good time to look at your options as we help companies transition from Google to Microsoft, as an all-inclusive, fixed-billing package.”

Small businesses point to the one-stop aspect of Microsoft Teams, where all tools for collaboration and communication are located in the same place, with a single pane of glass management dashboard.  Throw in full telephony and the ability to access them from any location and from any device, and you can begin to see why this solution is so popular.  For the very small business person, Microsoft Teams is free, and can very well fill the gap left by Google and their decision to “tax the working class.”

We offer all-inclusive, fixed-rate packages to help transition from Google to Microsoft.
Contact Us
Win with Teams!

If you get a minute, check out some of our eBooks: 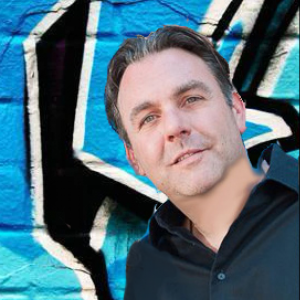